AVAILABLE IN THESE COUNTRIES

Kambo is a highly toxic secretion from one of the largest Hylid frogs known as the Giant Green Monkey Tree Frog. Its scientific name is Phyllomedusa Bicolor. 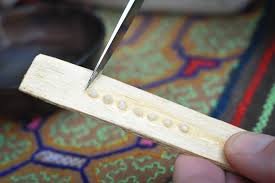 It has anti-inflammatory effects, its capacity can destroy microbes , viruses and heal infections.

The kambo treatments have short and long term effects.

Short term, the effects are a state of alertness, good mood, enhanced resistance to tiredness, hunger and thirst, the capacity to easily concentrate and focus, and a still mind which can last for several days or weeks.

Kambo works as a great reinforcement for the immune system.  Kambo  work not only on the physical, but also in our energy field.

With KAMBO  we have the opportunity to wake up the body to its full natural potential.

The people who regularly receive this ‘vaccine’ do not get sick and have plenty of energy.

Restoring a natural balance, it prevents the onset of complaints induced by viruses.

Even cancer does not have a chance to grow, in some cases. For the best results, it is advisable to receive kambo regularly.

In the case of heavy diseases,  addictions or accumulated toxins from pharmaceutical medicines, it may be helpful to double the treatments for a while.

In this way, the cleansing effects of the kambo treatments will build on one another and will last longer.

During a treatment, kambo immediately scans a person’s energy field and starts to work exactly where it is needed.

The process is different for everyone and the course of treatment should be planned accordingly.

For people with addictions, results can also happen fast. Complicated cases may take longer. We may call this frog secretion a medicine, but it doesn’t actually work as a typical medicine nor as a drug. It simply wakes up the body’s organs, endocrine system and defense systems to their natural functions. 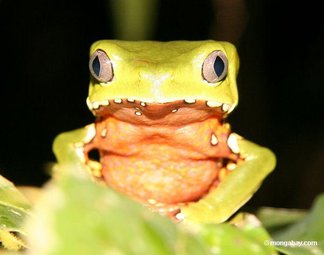 How is Kambo Administered?

Kambo is  applied to superficial burns on the skin. A small stick is made red hot and just the top layer of skin is removed. The Kambo venom is then applied onto the burn and absorbed into the body.

What to Expect During Your Kambo Experience?

Kambo has a cleansing and purgative effect and you can expect to feel nauseous, vomit and evacuate  as your body and spirit are being cleansed.

Once the Kambo is applied to the skin, a feeling of warmth immediately follows. The face, skin and core of the body will feel a heat within.

The heart will beat slightly faster and ‘bigger’. Blood pressure will fall slightly. Relax into the experience. It is helpful to work with the breath: Inhale and receive the medicine with love and trust, exhale and surrender.

After a few minutes or more, you may feel like you have to purge.  You may also need to go to the bathroom. After your purge, the Kambo poison will be removed from your body and the major part of your cleanse is over.

Many people report feeling very peaceful immediately after the treatment and often the next day one feels amazing.

Kambo in the Science

‘Phyllomedusin (one of the kambo components)  strongly affects intestines, bowels and contributes to deep purging.

Phyllokinin (one of the kambo components) and phyllomedusin are potent vessel dilators, increasing the permeability of the blood-brain barrier. This facilitates access to the brain of these two, as well as the other active peptides. Caerulein and sauvagine cause a fall in blood pressure accompanied by tachycardia.

They stimulate the adrenal cortex and the pituitary gland, contributing to heightened sensory perception and increased stamina.

Both of these peptides have a strong analgesic effect, enhance endurance, increase physical strength and in general, enhance the capacity to face pain and stressful situations.

They possess medical potential as digestive aids, and have demonstrated analgesic effects for those with renal colic, pain due to peripheral vascular insufficiency and cancer pain.

In the 1990’s, a new peptide, adenoregulin, was discovered by John Daly’s team at the National Institute of Health in the USA.

Adenoregulin works in the human body through the adenosine receptors, a fundamental component in all human cell fuel. These receptors can offer a target for treating depression, stroke seizures and cognitive loss ailments such as Alzheimer’s disease. Scientific research on the peptides of kambô are opening up new perspectives on how the human brain works.